We were eating at one of our favorite restaurants in town.  We go there because they have the best fries served with garlic aioli.  We ordered a bucket of fries.  So I decided to go light with lunch.  The Beet Salad caught my eye.  This is my attempt to recreate it.  The restaurant used fresh roasted beets.  I’m using pickled beets.  I like mine better.

This is the most basic vinaigrette. Simple is best.  The basic formula for salad dressing is 3 parts oil to one part vinegar. 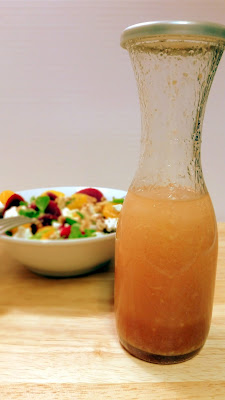 You can make this dressing your own:

Just play around.  I made this for my Beet and Goat Cheese Salad.  I replaced part of the vinegar with orange juice. I also used honey instead of sugar.


Servings:  2 cups
Time:  10 minutes
Hardware:  Cutting board and knives, measuring spoons and cups, a bowl and a whisk, a glass jar with a lid (or a salad dressing bottle), a funnel


Ingredients:
Posted by Tami at 3:32:00 PM Labels: condiments, dressings, easy
Email ThisBlogThis!Share to TwitterShare to FacebookShare to Pinterest
No comments:

Meatless Monday is actually difficult to celebrate at my house.  My husband is a very picky eater and little of what he eats involves vegetables.  He does, however, love Tex-Mex.  So, I do what I can.


This was actually delectable.  The lime juice was slightly sweet and the mushrooms have the texture and woody taste of meat.  My husband said he would eat this again.  On a Tuesday…. 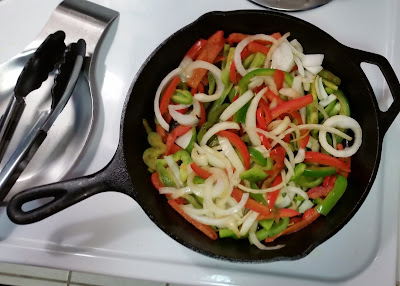 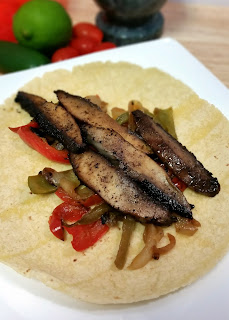 Serve the mushrooms and onion/pepper mix with warm tortilla wrappers.  I served them with Corn and Black Bean Salsa on the side.  Delicious and healthy. 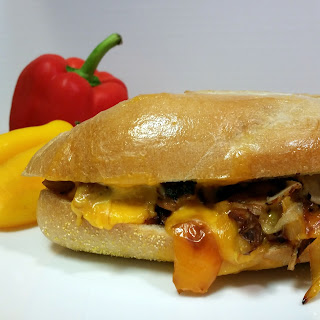 Chicken Philly Sandwiches are a variation of Philadelphia’s famous Philly Cheesesteak. In Philadelphia the street vendors use Cheez Whiz, a processed cheese food, on their sandwiches.  I’m all about authentic, but I’m not about to eat Cheez Whiz.  If you want to you can.  However, my Cheese Sauce doesn’t contain carrageenan.


These sandwiches are very hearty.  I usually cut them in half and serve the half sandwich with a side salad or fries. 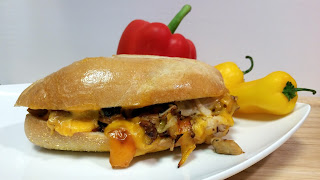