The people of Mexico were rolling corn tortillas around food when the Spanish showed up.  Enchiladas were mentioned in the first ever Mexican cookbook, El cocinero mexicano (The Mexican Chef).  Basically, an enchilada is a corn tortilla wrapped around a filling, topped with sauce, and baked.  They can be topped with a red chili sauce, mole sauce, or cream sauce and can be filled with anything.  If you like these you can make Chicken Enchilada Suizas, corn tortillas wrapped around juicy chicken and covered in a sour cream sauce. Or you may prefer a more traditional Enchilada of beef filling covered in a red chili sauce.

I made these Onion Enchiladas for Meatless Monday.  They take a little time, but are easy to make and so delicious.  You can find mole paste in the ethnic food aisle of your grocers.  Better yet, visit a Hispanic grocers. I use Rogelio Bueno or Doña Maria.  You can use the mole paste to make Mole Chicken another day.

I serve the enchiladas topped with a dollop of sour cream and sprinkled with chopped green onions.  Salted, sliced tomatoes or a small side salad make this a complete vegetarian meal. 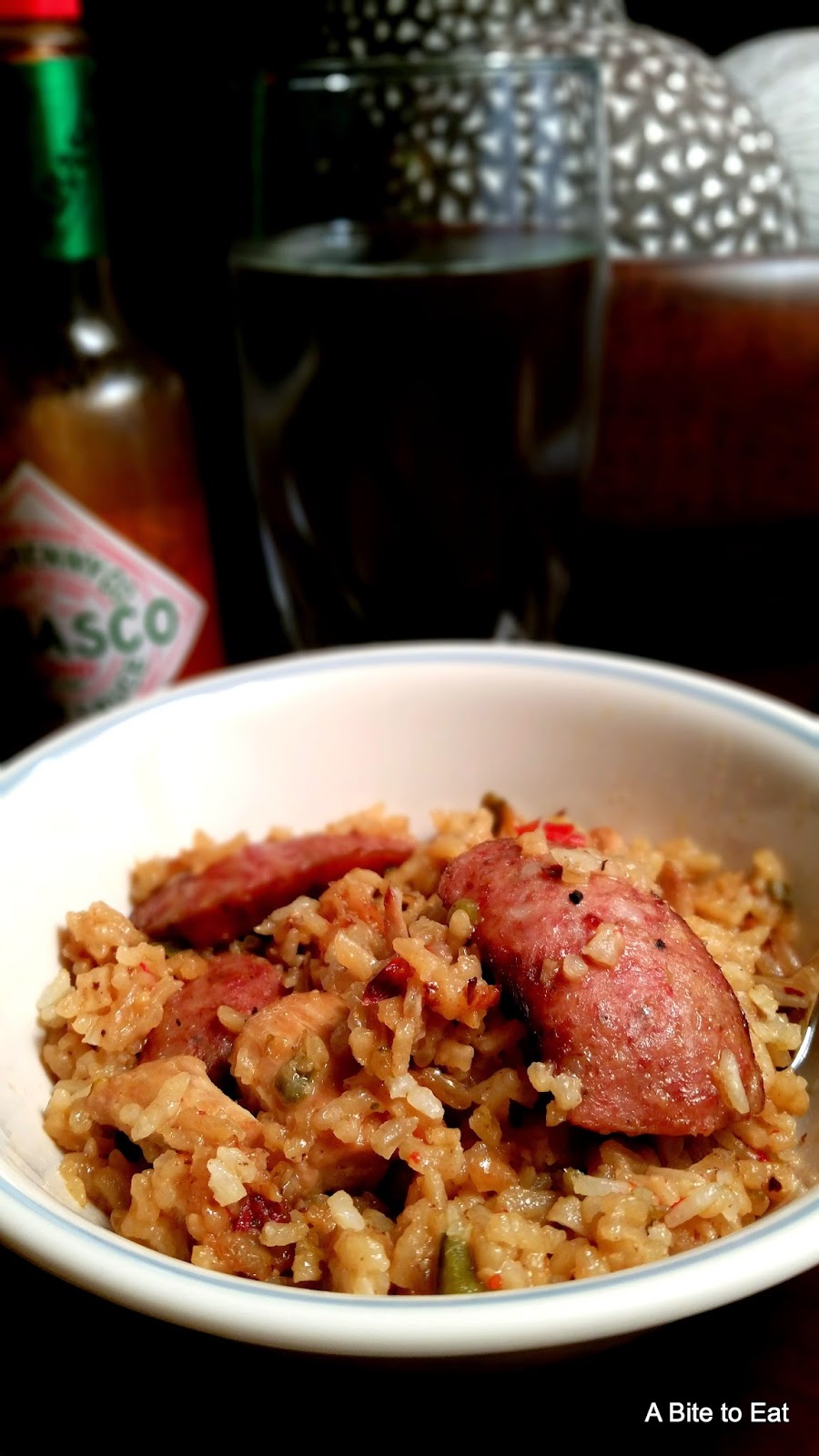 Jambalaya is a classic Louisiana Creole dish. The Creole people are of French, Spanish, African, and Native American descent. The French contributed the name jambalaia and the dish itself is related to Spanish paella.  In and around New Orleans jambalaya includes tomatoes.  That is red jambalaya or city jambalaya. However, even though I love tomatoes, I am a fan of Brown Jambalaya, made without tomatoes. It is sometimes called Cajun jambalaya or rural jambalaya.


The brown color comes from the bits of meat and vegetables that stick to the sides and bottom of the pan. As you cook, just scrape them off and stir them into the mix.  Using a cast iron pan helps create those brown crunchies without allowing the food to actually stick.


After you make this a time or two, you can get creative. The easiest way to change it up is by using different sausages.  I use kielbasa.  However, you can use andouille which is spicy. You can even use Italian sausage or bratwurst.  I sometimes cook shrimp with the meat.  I don’t return it to the jambalaya until just before serving, otherwise it will overcook.  If you live with or are a hunter you can add anything you catch- turkey, deer, quail, or anything-this dish is very forgiving.  If you want red jambalaya then add canned stewed tomatoes with the rice, just make sure to adjust the liquid.

Brown Jambalaya meets my criterion for a good dish.  It is inexpensive, healthy, easy to make, and delicious. 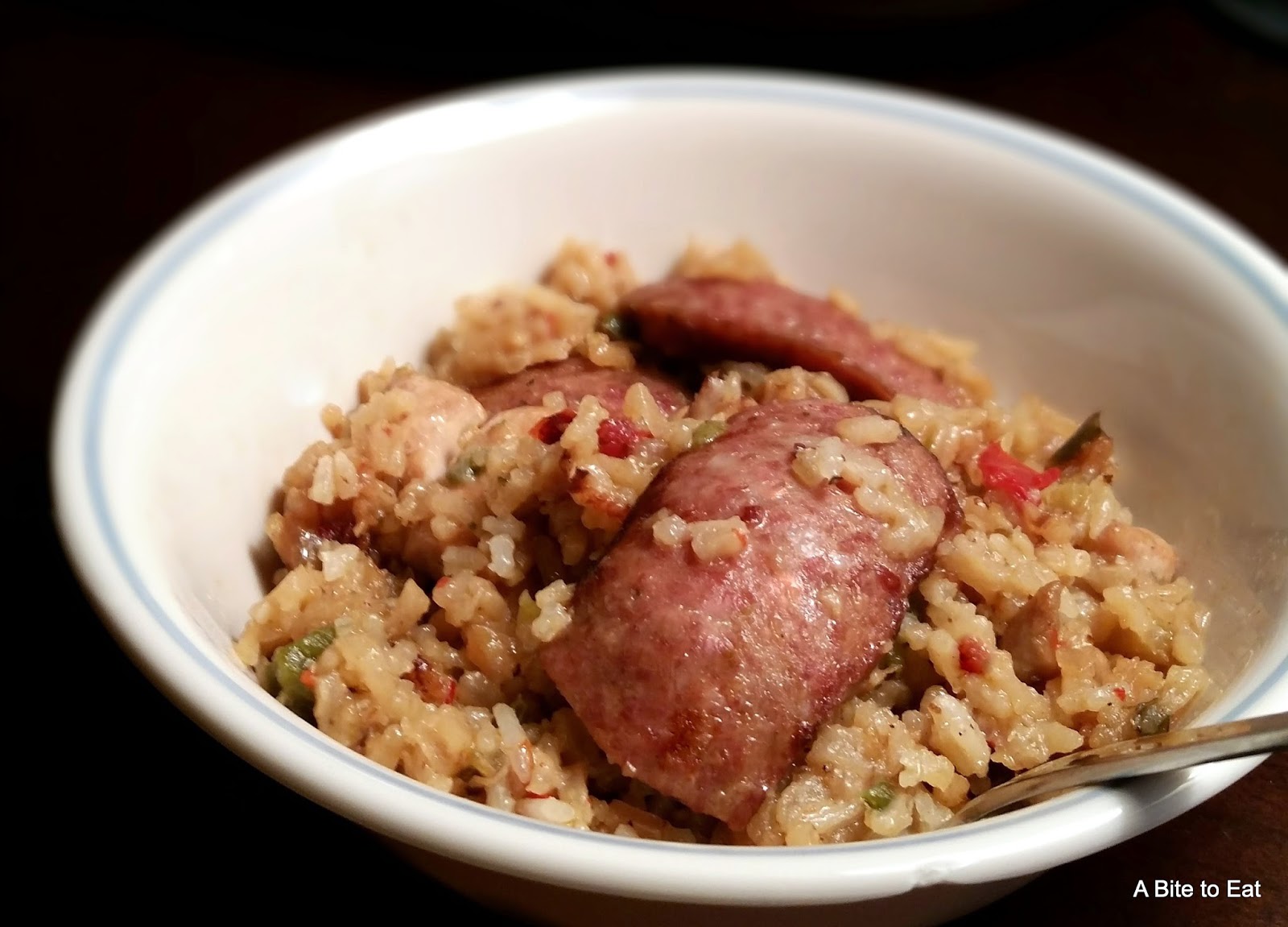 Often our dinner is decided by local sales.  Earlier this week, I found bell peppers for 50¢ each at a market that carries locally sourced produce.  So peppers it was.  Usually when we have peppers I stuff them with rice, tomatoes, and ground beef.  However, that is labor intensive and this time of year is crazy busy at school.  I had papers to grade and couldn’t do something requiring more than a few steps.  The slow cooker to the rescue.


I decided to make Pepper Steak.  I’ve made the fast cooking variety that requires a wok and only takes a few minutes to finish many times.  So I just tweaked that recipe a little.  A different cut of beef was required, but because I was using the slow cooker I could buy something less expensive.  Sounding better all the time.


Inexpensive and easy are often a consideration, but taste is what matters. The slow cooked pepper steak tastes similar to the speedier version of the dish.  The texture is different, but not unpleasing.  In fact, the leftovers tasted better than any pepper steak I’ve ever made.  I used three different colored peppers to make the finished dish more colorful. You can peel the tomatoes before adding them if you wish, but I wasn’t looking for more work. I served it over jasmine rice, but it would also taste good over ramen.