‘Au gratin’ usually refers to a cooking method that creates a crispy crust on top of the dish.  It can also refer to the dish itself.  The most familiar is probably Potatoes au Gratin, which is layers of potatoes, cheese, and cream baked until the potatoes are soft and a crunchy crust has formed on top.  Thinking about it, I suppose that Baked Macaroni & Cheese is technically ‘au gratin’ as it is baked and forms a crust.  But really you can cook almost any vegetable this way.


I decided to try Butternut Squash au Gratin because butternut squash are in season and crispy, crunchy, crust,-what’s not to love?  Acorn squash, buttercup squash, or even pumpkin could be used with this recipe.  Just adjust the cooking times.  I used rosemary because I have a rosemary bush (small tree) outside my back door.  You could substitute thyme, tarragon, or savory for the rosemary. You could also use onion instead of shallot.


However, if you decide to follow this recipe exactly, you will not be disappointed. All of my recipes are original and I have cooked all of them from scratch, following only my self-taught knowledge of cooking techniques and my taste buds. Therefore, most of the time the first and often the second try is if not inedible then in need of tweaking.  My husband has eaten many (many, many) of my mistakes.  This recipe was delicious the first time.  My grandmother used to say, “It ain’t braggin’ if you can back it up.”  Allow me to humbly say, “Yum.”


Servings: 6-8
Time:    Prep: 15 minutes; Cook: 1 hour
Hardware: Cutting board and large knife, measuring cups, a veggie peeler, a large spoon, a large pot, a colander, a large skillet that can be used on the stove top and in the oven (cast iron works great), a wooden spoon

My husband and I live alone.  No children by choice, so we can wait 'til the last minute to plan our holiday meals and they can be as elaborate or as simple as we want them to be.  I know not everyone is in that situation.  So it may be too late to add Beef Wellington to your Christmas menu.  Or maybe you have 20 people to feed and it would be cost prohibitive.  Or maybe you have children who are not interested in rare steak and mushroom paste.

However, you should find the perfect time and audience to serve Beef Wellington. Beef Wellington is traditionally made of filet mignon coated in duxelles, topped with goose liver pâté, and wrapped in puff pastry.   It is beautiful and delicious.  It isn’t really that hard to make if you use pre-made puff pastry and make the duxelles (DEWk-sell) ahead of time.  You can find foie gras at specialty stores, but let’s be real.  My sister made Wellington for me once and used the Boursin cheese.  Same texture and no tortured geese. I also like the taste better.

Like I said, the duxelles can be made ahead and refrigerated for up to 4 days or frozen for 2 months. Duxelles is a classic French preparation of mushrooms, in which you cook the mushrooms into a paste. Doing this serves two purposes.  The first purpose is the process really intensifies the flavor.  The second purpose is it cooks them down.   Mushrooms are full of liquid and if you didn't evaporate some of it then they would release the liquid into your dish and ruin it.  I used porcini and oyster mushrooms.  You can use button, but the flavor is a little bland.  Mix it up.

If this recipe makes too much duxelles you can use the leftovers in a million ways. Here are but a few:  Add a tablespoon to gravy; add a tablespoon to scrambled eggs or into the filling of an omelet; stir them into pizza sauce; top your favorite fish with them, add some Herbes de Provence, some butter, wrap the fish in foil and bake; stir a tablespoon or two into a quiche; roll out the other sheet of puff pastry, top with duxelles, caramelized onion, your favorite herbs, and shredded Gruyere cheese, fold just the edges of the pastry over and bake.

Read over the recipe before you start.  My recipes tend to have more steps than others do because I am not making assumptions about your experience as a cook.  I want everyone to be able to have fun in the kitchen and not be intimidated by needlessly vague or hard to follow directions.  Beef Wellington looks elaborate, but really anyone can do this.

I served the Beef Wellington with mashed potatoes and a wonderful sauce.  To make the sauce I simmered 1 cup of port wine, I cup of beef broth, 1 tablespoon of prepared horseradish, and 1 tablespoon of course ground mustard until it was reduced by half and then strained it through a fine sieve.

Hardware:  Food processor, a rubber spatula, measuring spoons and cups, a bowl, a skillet, a wooden spoon, a container with a lid 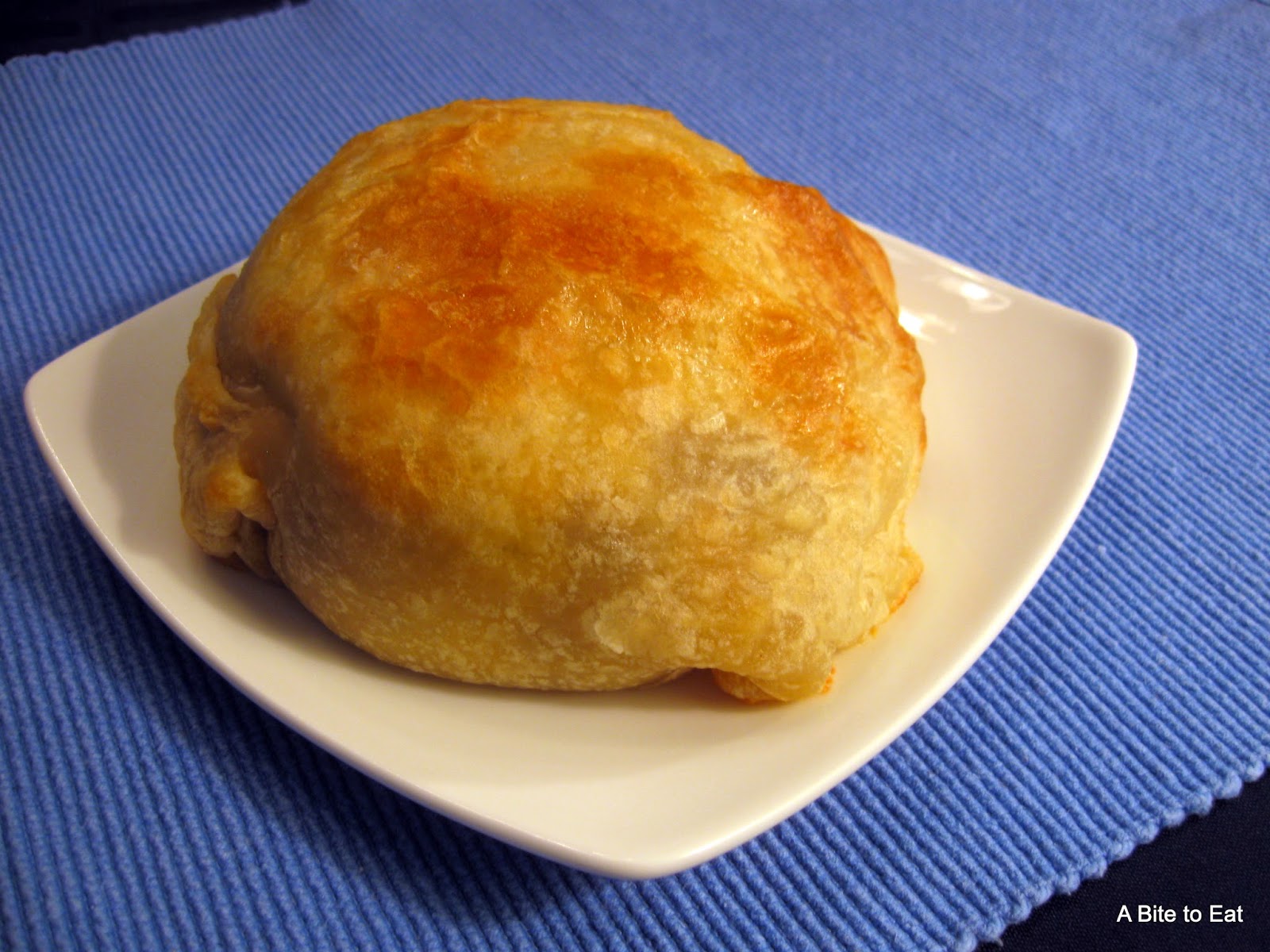 Soup is so easy.  It can be served for lunch or dinner.  It is usually easy to make.  You can throw in whatever you want, so it is a good way to use leftovers.  And it tastes better the next day.


To make this soup you can use leftover chicken, rotisserie chicken, canned chicken (don’t please), or roast your own.  I roasted chicken breast and flavored it heavily with garlic and thyme.  I used baby potatoes so that I wouldn’t have to peel them.  I just washed and halved them. You can add in chopped carrots also, most people do, but my husband doesn’t like them. If the chowder isn’t thick enough for you, you can stir in instant potato flakes or mash a few of the potatoes in the chowder.  Another way to thicken soup is to stir equal parts corn starch and water in a small bowl (a few tablespoons) and stir it into the boiling broth.


After you perfect this recipe, you can experiment and make it your own.  Add green peppers and seeded jalapeños with the veggies, omit the thyme and add in cumin, smoked paprika, and a little chili powder to create a Tex-Mex flavor.  If you omit the chicken, use veggie stock, and add more corn this can be made for vegetarians. You can also replace the chicken with turkey or even shrimp.  Have fun.


Servings: 6-8
Time:    Prep: 10 minutes; Cook: 30-40 minutes
Hardware:  Measuring spoons and cups, a cutting board and knives, A Dutch oven or a soup pot, a can opener, a wooden spoon, a ladle, serving bowls